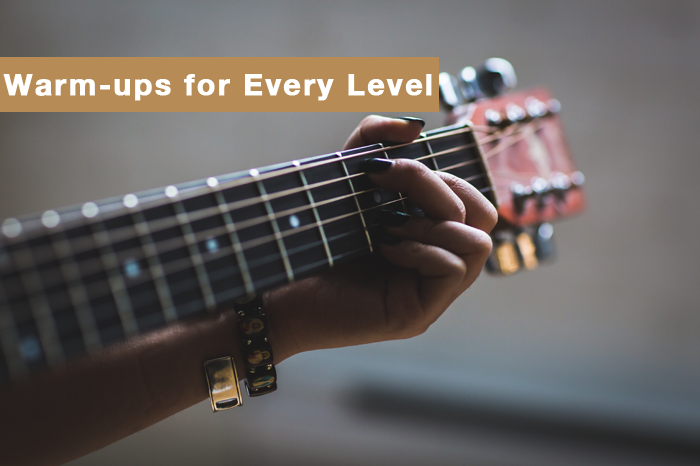 The following chart shows the finger orders that can be used. The patterns should be played on each string. Each pattern can be played starting on the first string, or the sixth string, and then the pattern can be repeated on each string. The patterns can be played in first position and then played in fifth position. Of course, the entire sequence would not be played in one session. Have the students play the first sequence and then after they feel comfortable with it, move on to the next sequence. There are 24 permutations of the four left-hand fingers numbers. So, these warm-ups will keep them busy for a long time. The sequences are listed in the order they should be presented. The number on the left of each sequence is for reference. Feel free to make copies and give to your students. These “finger twisters” will go a long way to develop finger coordination.