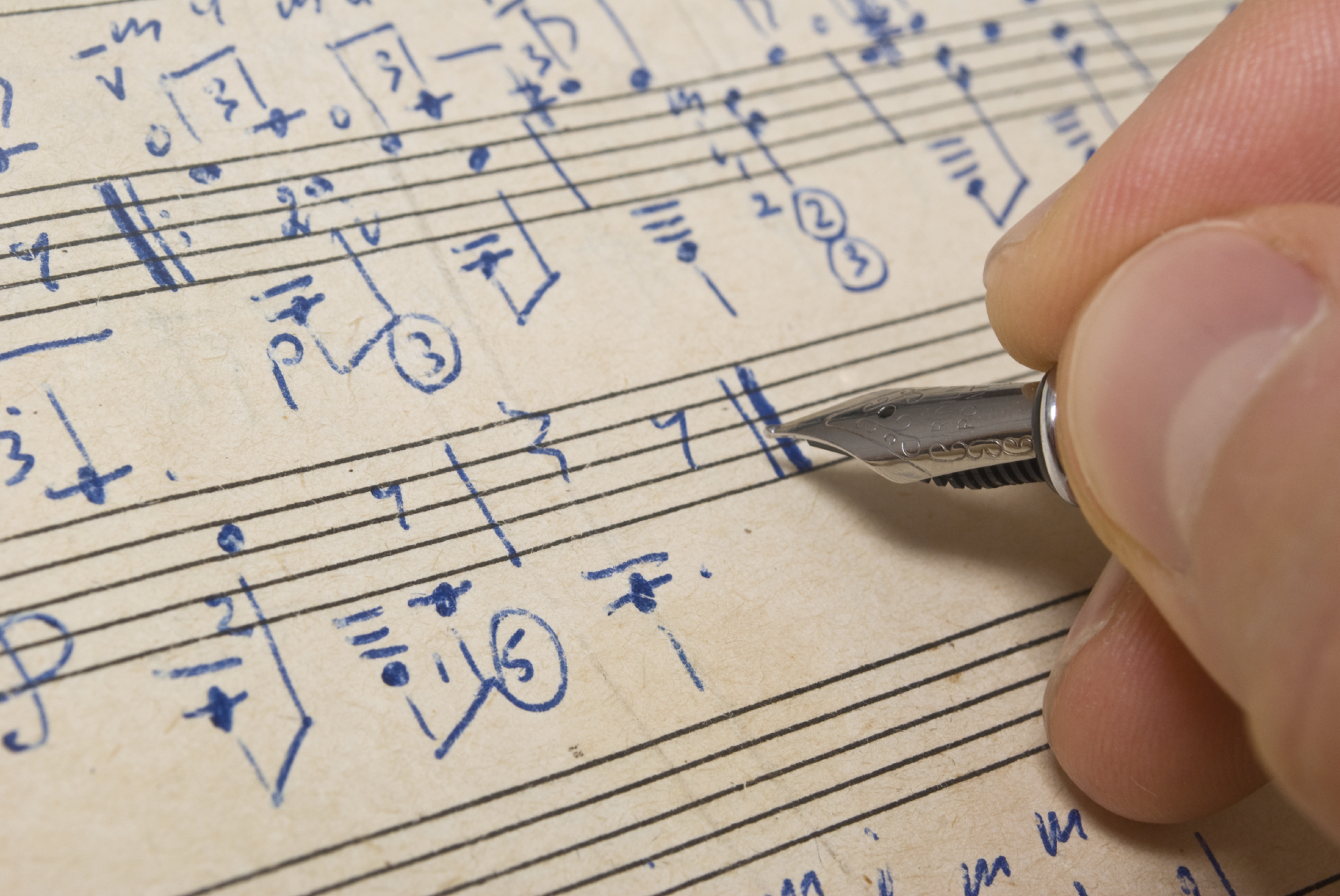 In this installment of How to Teach Composition to Guitar Students, I want to discuss composition form, the form of the song you are writing. Writing a song is like writing a story. Like writing words, the melody and the chords have to work together to make sense and have direction. In Part 2 of the blogs on composition, I talked about how chords progress and lead to one another. This is like putting words together to form a sentence. You have to put the right words together to make sense of what you are saying. I want to show you a way you could present some of the concepts of teaching form to your students. If this seems watered down to you, good. This is not meant to be the way the topic would be presented at a college level. But hoping, it will give you ideas on how the concept of form can be presented to younger students.

Explain to your students that a cadence occurs when one chord leading to another creates a pause, or resting place, much like a period at the end of a sentence. Some cadences sound more final than others. For example, in the key of G, a cadence is created when the V chord (the dominant), D, goes to G. It sounds like the song could end there, or at least have a pause. It sounds even more that way if the D chord is embellished to a D7. In most popular music cadences happen every 4, 8, or 12 bars. For example, a common four-measure progression in the key of G with a cadence would go: G-Am-D7-G.

Some common cadences are shown below:

Deceptive is named this because it sounds like it’s going V to I, but throws you a curve by going V to vi instead.

Have your students write some random chord progressions and every four or eight bars write one of the cadences.

After your students get the hang of writing chord progressions that contain cadences, have them take a grouping of those short progressions (maybe about 12 or 16 measures worth) and then repeat that section. Tell the students that will be section A. Then have them write another grouping of chords and call that section B. Section B can begin with the key or another chord in the key. After playing section B, have them repeat section A. They have now created the beginning of a song that is in A-A-B-A form. This is one of the most popular, if not, the most popular forms in all of pop music. True…they could just stop writing after section A and repeat section A over and over. This has been done in many songs. But, to give them the understanding of form, A-A-B-A will be great. Now they have the form outline for their song.

If your students feel a bit limited by only having the six chords in a key to choose from, here is a simple and great way to add more chords into the mix. Each minor chord in the key can be changed to a major chord (and often a 7th chord). This doesn’t have to be done to all of the minor chords. The students may only want to change one of the minor chords in the key to a 7th chord. For example; in the key of G the Em could be changed to an E7 chord. Here is the catch. If a minor chord is changed to a major, or 7th) chord, the next chord must be five steps down the scale from that major (or 7th) chord. So…in the key of G, an E7 could be used instead of Em, as long as the next chord is Am. A is five steps down the scale from E and A is an Am in the key of G. Most of you will recognize these as secondary dominants.

But where is the Melody?

Now your students will have a basic, beginning, concept of form and writing chord progressions that are grouped to create form. But…where is the melody? The melody is as critical, or more critical, than the chords. It’s coming in part 4…the next blog on composition. See you then!